Our rotors reduce unsprung mass as well as moment of inertia. Commonly known as rotating mass, moment of inertia is the rotational equivalent of mass in Newton’s second law of motion. Most people are familiar with the linear version of Newton’s second law: F=ma, where Force equals Mass times Acceleration. In a rotating system, the formula is τ=Iα, where Torque equals Moment of Inertia times Angular Acceleration. Therefore, reducing the Moment of Inertia (MOI) is the angular equivalent of reducing mass.

The key to understanding MOI is that the farther away mass is distributed from the axis of rotation, the higher the moment of inertia is. MOI is calculated by multiplying the mass by the distance to the axis of rotation squared and is expressed by pound mass times inches squared (lbm*in^2). Since the distance component is squared, reducing mass at the outer edge of a rotating object such as a brake rotor has a much more significant impact on angular acceleration than reducing mass at the center of rotation.

On something like a brake rotor, calculating the MOI by hand is tedious since the mass distribution is not uniform. However, with modern Computer Aided Drafting and 3D modeling, the MOI can be calculated in tenths of a second. While any reduction of unsprung mass is highly desirable, the Wavespec design has an even more significant impact on MOI which directly translates to shorter stopping distances and improved acceleration. 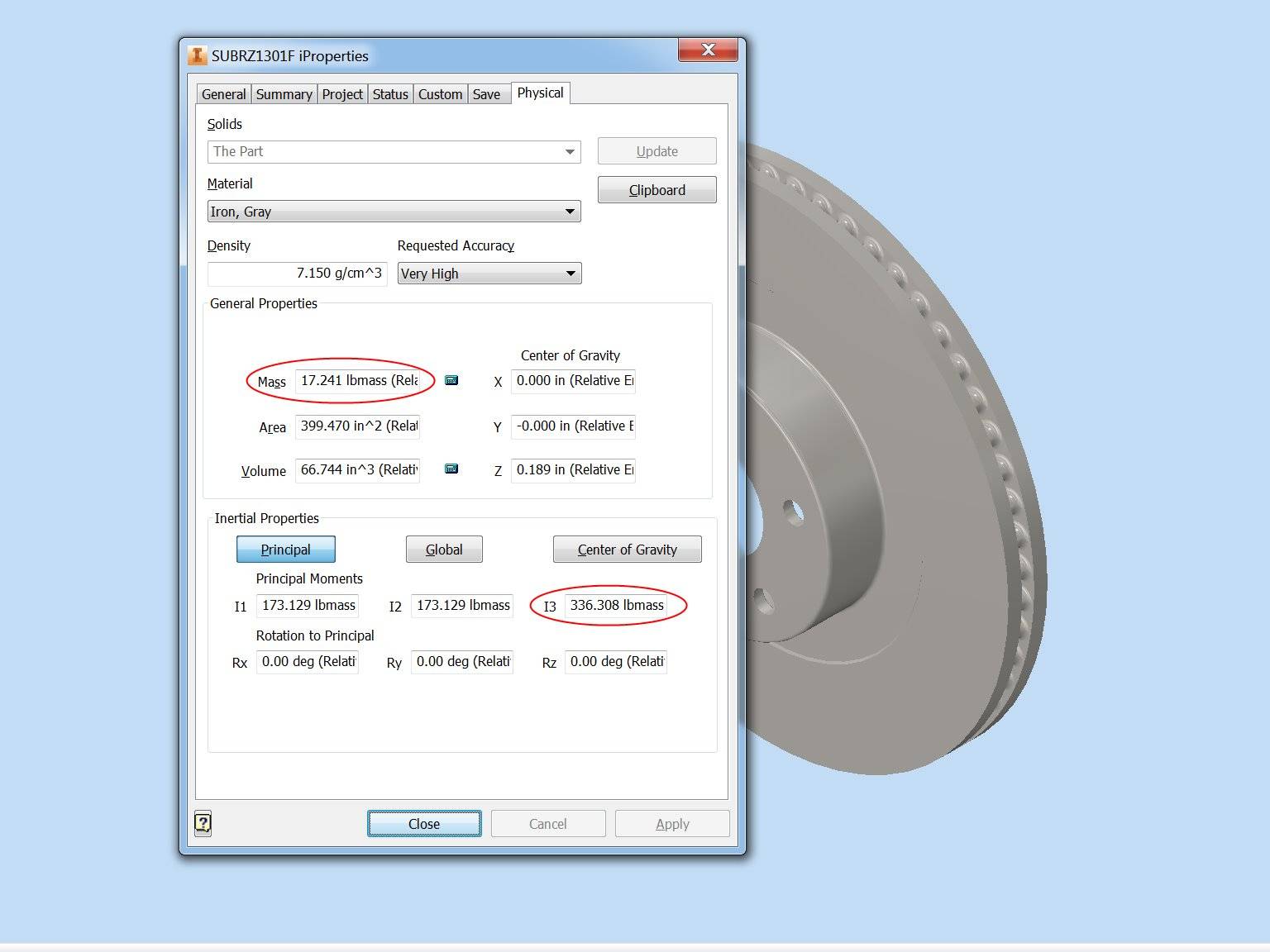 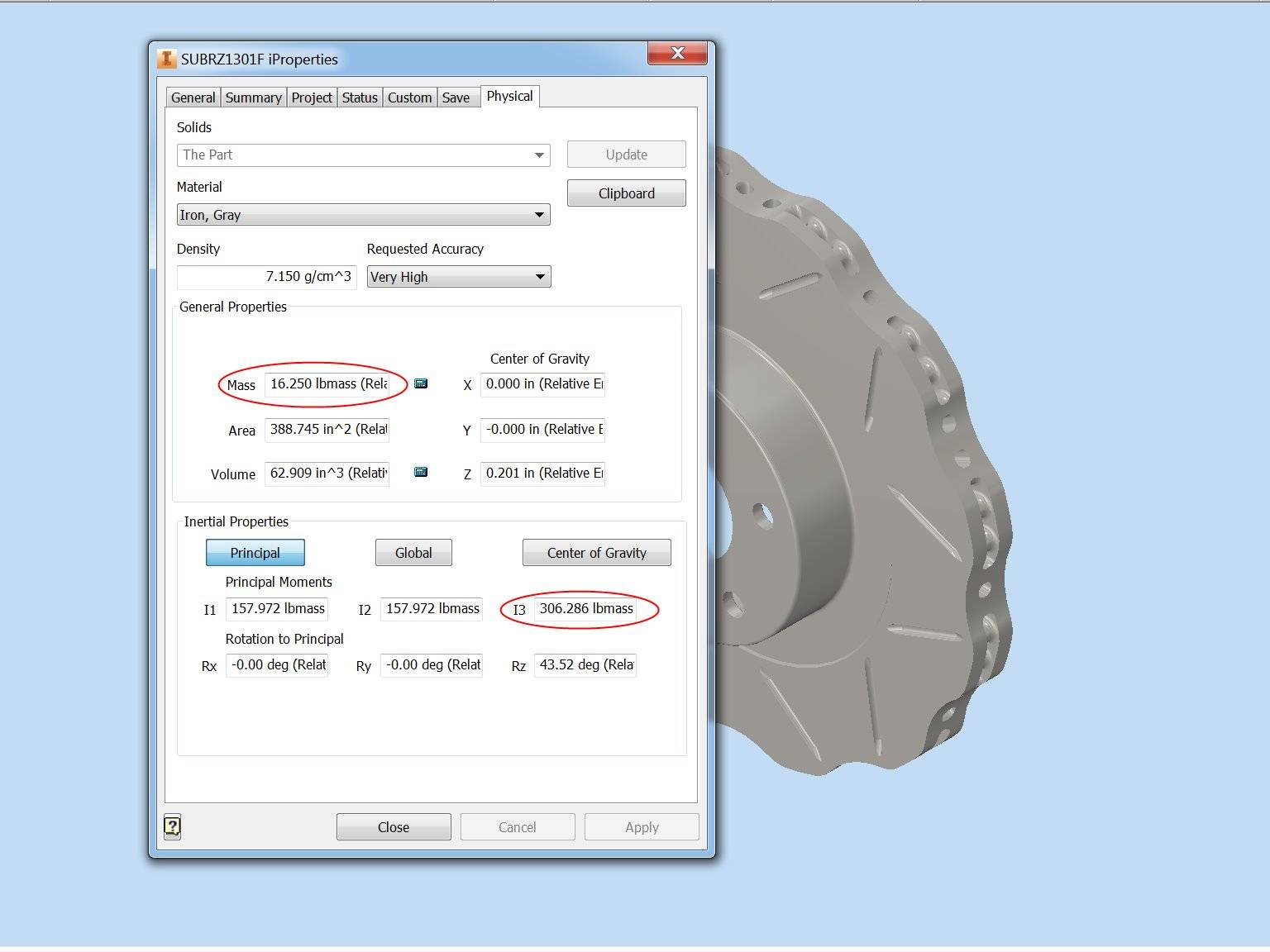 An additional advantage of the Wavespec design is the number of leading edges the brake pad encounters as the rotor is spinning, which increases initial bite and keeps debris from accumulating between the pad and the rotor. The outer scallops create additional leading edges that also introduce cooling air contact to the outer pad surface. Since the outer edge of the pad encounters more material than the inner edge of the pad per revolution, the outer edge would normally heat up faster and the scallops negate that effect to ensure a more uniform temperature distribution across the pad surface. This effectively reduces the average pad temperature that ultimately results in extending the maximum operating temperature envelope of the pad.

The improved thermal performance, increased bite, reduced MOI, and reduced unsprung weight of the Wavespec rotor design makes for an excellent “bang for the buck” upgrade for the discerning racer looking to increase their competitive advantage.